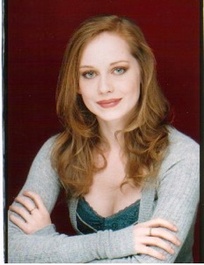 Kate was born in Whitby, ON and started dancing at the age of 12, and began competiting at the age of 13. Kate’s hard work and dedication landed her 5 New York State Titles, which include International Queen of Dance for Western New York 2005, Miss Dance of New York 2005, and Miss Dance of New York 2004. In 2007 Kate successfully completed all three levels of the DEA Teachers Training Certification Program in New York City. She is now working on her ACROBATIQUE certification.  Since completing this Kate has gone on to teach at various studios across Durham Region, Toronto, as well as the Town of Whitby. In 2008 Kate was accepted into the George Brown College Commerical Dance Studies program where she studied; Jazz, Tap, Ballet, Musical Theatre, Hip Hop, Acting, Vocal, and Lyrical intensely for 12 months. At the end of the program Kate was Dance Captain of her graduating class’s production “Dancing Down The Decades”. Before graduating from George Brown, Kate was offered a Contract with Disney Cruise Line onboard the Disney Wonder. Kate performed two mainstage shows “The Golden  Mickey’s” and “Disney Dreams” as a dancer, as well as character work. When Kate returned home from this 8 month contract she began training in Aerial Silks and  Hoop to compliment her Aerial Strap skills. Kate currently performs with The Dance Company an entertainment company based in Toronto that performs at many corporate and industry events throughout the GTA. Kate has also performed with companies such as Lindsay Ritter Productions, Carla Catherwood’s Nuvo-Burlesque Army of Sass performance group, Diamond Dancers, SASS Dance Company and the Raiders Dance Team. Kate continues to strive for the best and in always taking classes and building on her repertoire.
Back to Faculty & Staff
Powered by