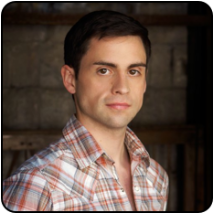 Stephen joins our competitive team of choreographers.  He is an active performer in New York and Toronto.  He has been a performer and choreographer at the Stratford Festival and Sheridan Institute.  He has a variety of performing experience including the lead in Peter Pan in Halifax to share with the dancers at premiere including Acro, Tap, Musical Theatre, Song and Dance, Lyrical and Jazz.
Stephen is currently on tour with Broadway production of Mary Poppins playing various roles including the lead of "Bert". He misses all the dancers he taught at Premiere but will be returning for workshops. He will be living in NYC to continue dancing on Broadway.

Back to Faculty & Staff
Powered by